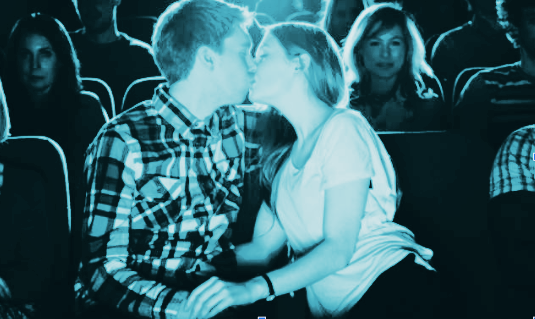 AMC THEATERS WEST — After struggling to make it through all 20 minutes of previews without putting his arm around her, things finally came to fruition for 15-year-old Benny Rogers.

“I’ve been planning this second date for, like, four days now,” said Benny, who wears a gold chain outside of his black t-shirts for undisclosed reasons, “Sheila said she wanted to make out, and I thought… fuck, we gotta go see Aladdin.”

Sources within theater 6, which is all the way down the hall and to the left, confirmed that Benny and Sheila began passionately and audibly making out the exact second the Disney logo appeared on screen.

Benny explained that it’s common sense why Aladdin is the perfect movie for him to try out his  tongue technique, and that Will Smith being cast as the genie actually just made things easier for him in the long run.

Sheila, on the other hand, said that although she made it clear to Benny over Snapchat that she wanted to pay money for a movie and make out for all two hours of it, she specifically requested that they not see the popular Disney reboot.

“It just kind of freaks me out that Benny was so insistent on seeing Aladdin for our makeout sesh,” said Sheila, who puts down others for sport, “I was under the impression that he could get us into “A Dog’s Journey,” aka the best tonguing movie of the year.”