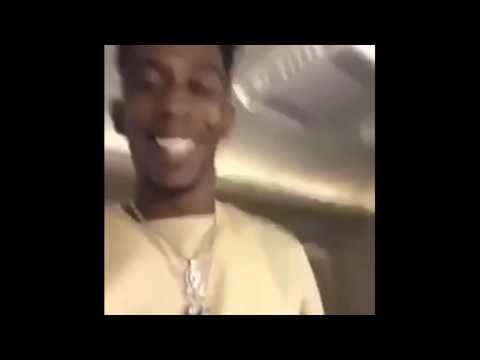 ATLANTA, PROBABLY- As of this morning, specifically 1:36 am, local rapper and confused man Desiigner said his first word. In fact, he said four.

This is the first coherent sentence Desiigner, who recently made a song about Fairly OddParents, has said following nearly 13 years of intense language therapy.

“I’ve actually never seen anything like it,” explains Dr. Chonus Blocks, “I just don’t understand how he didn’t catch on to the language he’s surrounded with every day.”

“We actually filmed an Emmy Award-winning documentary on Sidney back when he was 13,” explains Blocks, “What’s weird is he reads and writes beautifully, in fact he’s one of the best writers I’ve ever seen.

The following is an excerpt from Desiigner’s diary at the age of 15:

Oh how soft the sweet wind of night, whose light, airy nature only becometh present when I pray for thee. Oh how kind, the sweet scent of autumn leaves beneath my feet, the all-too-familiar taste of the caramel apple on mine tongue. The stars that shine are nothing compared to the captivatingly crystal blue of your gorgeous eyes. I wish nothing but to stare into the depths of your soul for all eternity, not once blinking. You are my rose, my thorn, and my stem. You are my everything.

When asked whether he had anything else to say to the public, Desiigner replied: “yah, drrrrrrrrah, yek yah yek yek yek.”

Here’s a video of the historic moment on TMZ: