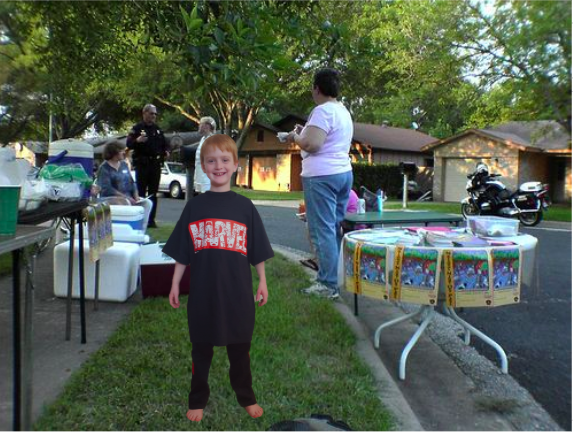 THE STREET — This year’s block party was already off to a good start. Paul from down the street brought out the cider he’s been fermenting and the fire engine showed up an hour early.

The truck was only there for about three minutes before the fire hydrant was opened and the neighborhood children all gathered in the spray.

The first child in the mist was, of course, Markie Dawson, whose parents nobody else on the street has met. He made sure to get soaking wet before hopping right back on his scooter for an air dry.

“That Markie Dawson sure is rambunctious,” said Barb Hammond, who has already ruined her only son for everyone else via social media, “I don’t want my Jonathan hanging around with him.”

But for Markie, dashing through sprinklers and spraying unsuspecting dads with water guns was only the beginning. Dawson developed a round-robin style bracket in which he will race on foot against every adult at this block party until either he loses or someone else wins.