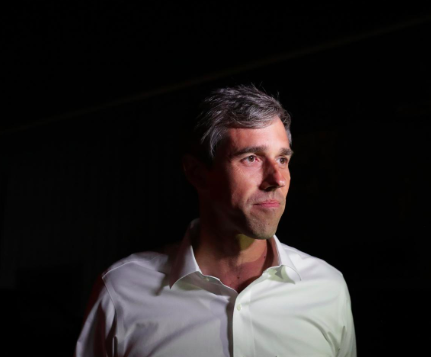 RANDY’S TAVERN — Even after delaying his set by 25 minutes and stopping the show several times in between Elliott Smith covers, Beto said after the show he was “like, majorly bummed” he didn’t see you in the crowd.

O’Rourke, who recently declared his candidacy for president, is best known for doing a poor job of riding a skateboard around a Whataburger parking lot in dress clothes.

None of this changes the fact that he planned a very specific set list because he thought you’d actually give a shit enough to show.

“What? You think I just decided to play mostly originals for no reason?” said Beto, who has never actually written any of his own songs.

“I un-learned six Phish songs for you.”

Although it is not clear why the former non-senator had to unlearn songs to include originals in his set, we figured we’d be better off just staying out of his way and let him sing other people’s songs.

“I’m not sure where we’ll be at for our next show, but I’m also not sure I want to tell you anymore,” Beto said, taking a long drag of his hand-rolled cigarette.

“I mean, what would be the point? You clearly don’t even think about me ever.”

Beto has threatened to suspend his presidential campaign to work on his latest mixtape for you, but probably won’t until you stop responding to his texts.