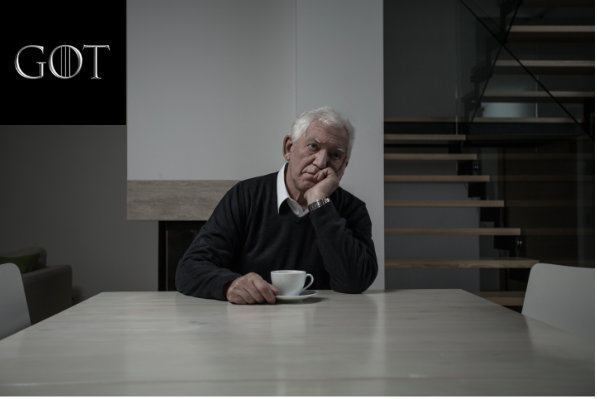 BEIGE HORIZON HOMES FOR THE WEAK AND OLD — Ugh! Why does he always have to make these things about him?!

These were the sentiments reflected by the three adolescents of the Delby family, who were forced to miss yet another season premiere of the hit HBO show for what their parents referred to as “Grandpa Eugene’s last stand.”

“Last time this happened, we boycotted the wake” said Tanner Delby, a self-described liberal until he enters the realm of Westeros, “I’m not missing the first episode in 19 months to watch Grandpa Eugene pretend he knows where he is.”

The last time this happened, the Delby parents attempted to recruit their adolescent children to see their great aunt one last time.

“In April 2012, we were all ready for the season 2 premiere, but then Great Aunt Penelope had a fall in the hot tub and we all had to turn off our phones for like, three hours,” said Devin Delby, who added that “the old hag wasn’t even that hurt.”

The children added that they are looking forward to the new season of ‘The Handmaid’s Tale,’ which is currently slated for the same day as father’s go-kart party. SANTA FE – Shocking lifelong “Game of Thrones” fans and geriatric conservatives around the country, beloved author George R.R. Martin has revealed that the mystifying two R’s in the middle of his name do, in fact, stand for “Ronald Reagan.”

The A Song of Ice and Fire author and 19th-century steam locomotive conductor decided to break the silence surrounding his evasive middle initials in an effort to generate more media coverage for tonight’s premiere of the eighth and final season.

“I wanted people to know the real me,” Martin said. “This new season is chock-full of hints. Tyrion Lannister survives an assassination attempt from a guy trying to impress Jodie Foster and Jon Snow declares a war on drugs in King’s Landing.”

Martin admitted that although working Jodie Foster into the Westeros mythos was difficult at times, it was worth it to pay homage to his namesake.

Tonight’s premiere is expected to be HBO’s most viewed episode in history. Renaissance Faires and Gamestop locations around the country are closing their doors for the premiere given that every employee of both has called in sick today.