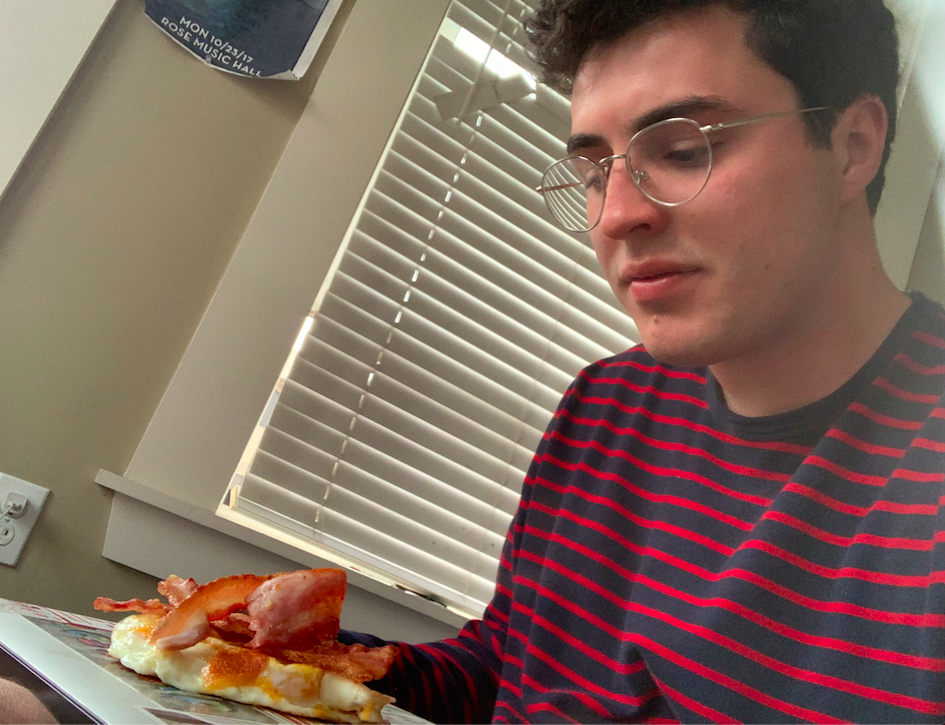 BROOKLYN — Dan Miller was never planning on opening his blinds Thursday. In fact, when he realized that it was sunny outside, he flipped them from all the way down to all the way up — even though the amount of shade provided was exactly the same.

Dan knew that today wouldn’t be the day he found a job, let alone the day he walked down to that Pottery Barn down the street.

Nay, wise Dan chose another path for his off-brand Hot Pocket. After a few excruciating minutes rotating on a heavily-stained microwave dish, Dan removed the “Cheezy Bread Square” from its solitary confinement.

It was, of course, 8,000 degrees, and so Dan, putting his business degree to good use, found an alternate plate. However, it slipped off onto the floor and exploded weirdly hard on the ground, evaporating completely.

It was then that Dan decided to take matters into his own hands: time for eggs and bacon, baby—both prepared a la microwave, of course.

UPDATE: Dan has still not found a job, even after two hours of surfing GoDaddy for that steamy pic of Danica Patrick.