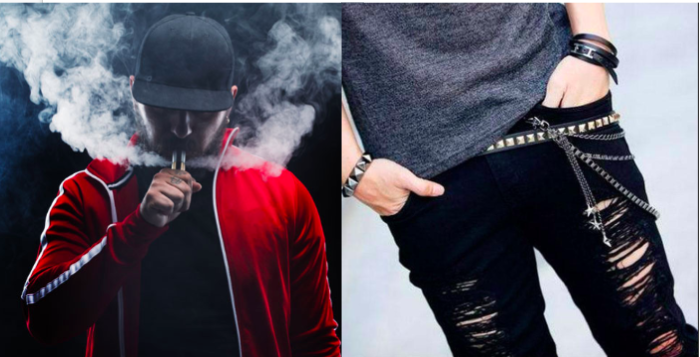 BLOOMINGTON, IL — Following years of speculation concerning the correlation between $600 metal cigarettes and the manifestation of personal insecurity in the form of pants accessories, doctors have finally released the results of a compelling study.

“Ever since I switched to a box mod, it’s been worth,” said Cris Heathers, assistant manager of a secondhand Earring Gauges shop. “Mad worth, and my cloud size has tripled since I hit a stain on those jeans from Hot Topic.”

The doctors tasked with carrying out the study were sent to half-closed indoor shopping malls across the Midwest, where they spent days upon weeks documenting vape techniques and corresponding outfit decisions among 18 to 38-year-old men.

“I always say, blow clouds, not loud,” said Cris, who has been hospitalized three times for popcorn lung, “we get hella vapor, and we got a signature outfit to go with it too.”

This massive victory for the vaping and 311 communities comes at a time when inception coils are hotter than ever and over-drip flooding has reached an all-time low.

“Ed Hardy is raging in his grave,” said Cris, who doesn’t know how to ride any of the skateboards he owns, “this was all for him. Rip clouds in peace, bro.”